** Uncle Crappy, as part of Will’s weekly series of interviews with Pittsburgh’s social media creators (and that’s a title I never expected to have). If you want to know way more about Uncle Crappy than you do already, here’s your chance. Thanks to Will for including me in the series, which has been an excellent look at some of my friends and blogging heroes. Don’t stop after reading mine. 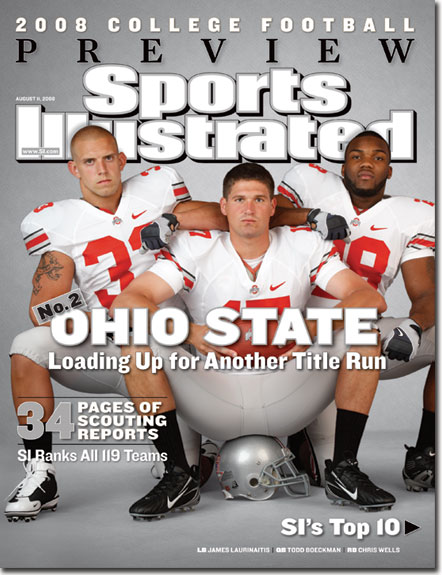 ** Ohio State as the No. 2 team in the country, by Sports Illustrated. Yes. That’s my team on the cover. But because No. 1 Georgia, No. 3 Southern Cal, No. 4 Missouri and No. 5 Florida were also featured on regional covers, I’m choosing to believe that the SI Cover Jinx in not in play in this case.

** Todd Boeckman’s crotch, on the cover of the previously mentioned magazine. Note to SI photo editor : C’mon — was that really necessary?