I did it. WE did it. And, yeah, it was as excruciating as you would have expected. 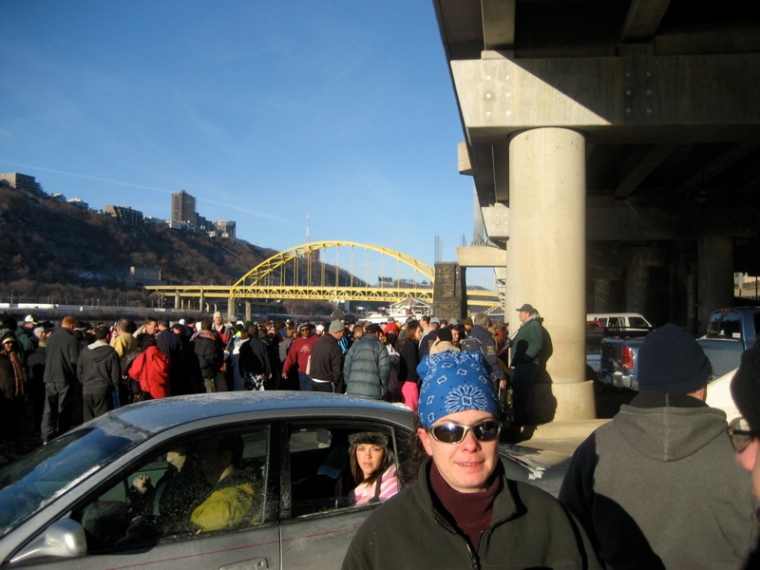 It was a beautiful morning, sunny and 16 degrees when I left my house. I found later that the water temperature was 38.5 degrees. That’s Annoyed Angel in the foreground; Mindbling and her crew is in the car driving around the corner. 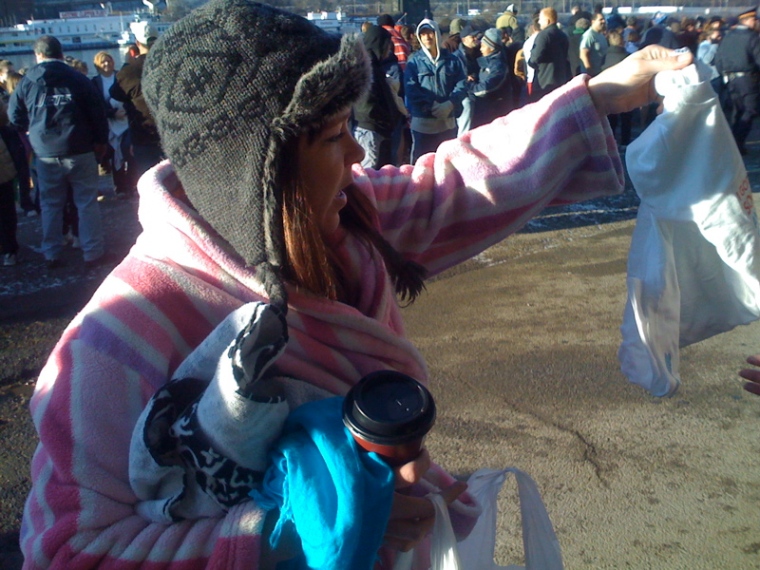 Mindbling had shirts made up for the group: “I got involved in social media and all I got was this lousy hypothermia.” 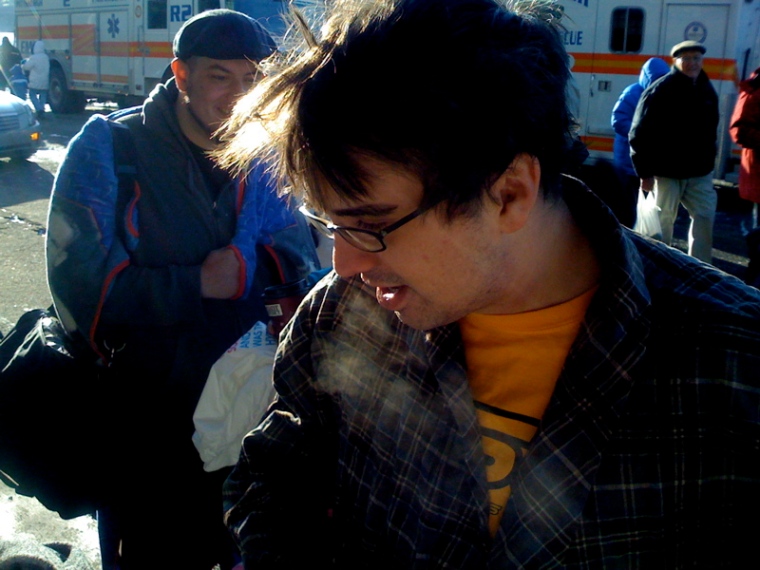 Chachi and DJ Lunchbox were ready. So were all those ambulances. 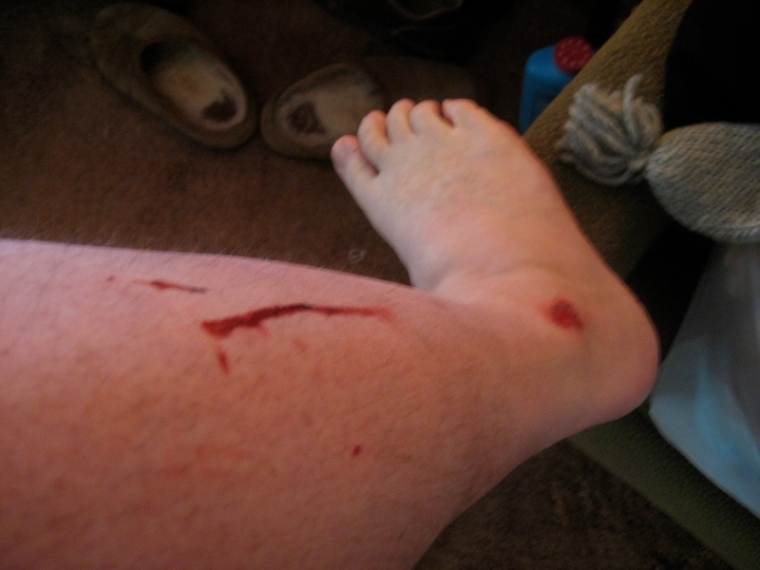 As we were drying off, someone noticed I had scraped my leg while in the water. I don’t remember this at all; I just remember being colder than I ever had been in my life. 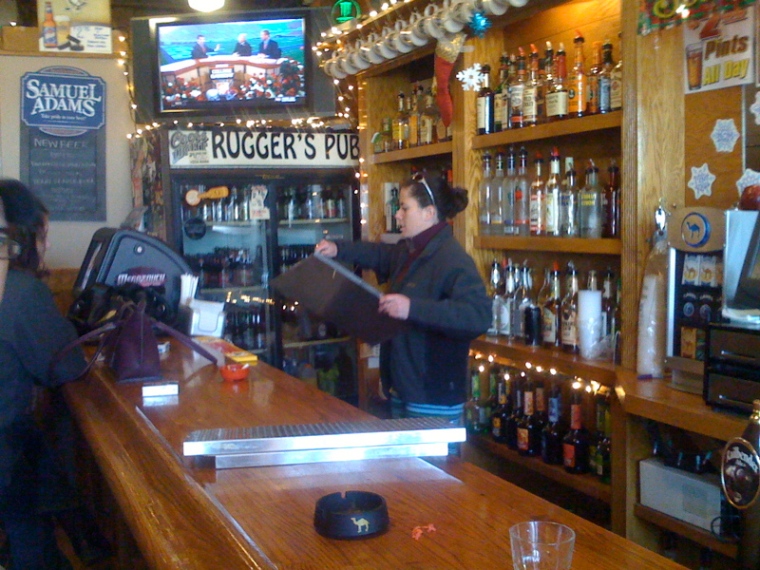 When we finished up at the Mon Wharf, we headed to Rugger’s Pub on the South Side. Annoyed Angel generously opened the bar early so we could get some coffee. DJ Lunchbox generously cooked cheeseburgers for everyone. Mike Munz generously bought the first round.

But I think we’re all going to do it again next year.

(There’s a video, compressing as we speak, that shows all the action. I’ll add it here, maybe even tonight if I’m still awake when it’s done. One hint: I would have gotten about a 5.8 on my dive, but the East German judge was an asshole.)