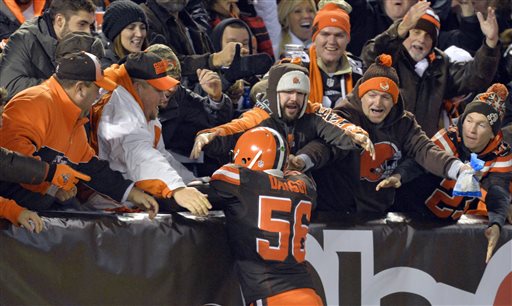 I’m watching the Browns play the Ravens in a Monday Night Football matchup that actually sounded decent when you looked at the schedule back in the summer. And this question occurs to me: Which is more unusual: the Browns scoring a touchdown or Uncle Crappy successfully finishing a National Blog Posting Month?

And we’re not going to find out today … because both just happened.

I can’t speak for any progress being made by the “professional” football team in Cleveland — actually, I can, but we’re going to save the angry #factoryofsadness rant for another time — but I’ve had a blast coming up with 30 blog posts this month. I’m not going to go back and look, but I can say with certainty that it’s been at least several years since I completed a full NaBloPoMo.

This also felt familiar, once I got into it. I often did these in November — that used to be the regular NaBloPoMo month — so the rhythm of the month definitely came back, especially with Ohio State’s regular season reaching a peak and reaching Thanksgiving, one of my favorite posts of any year. 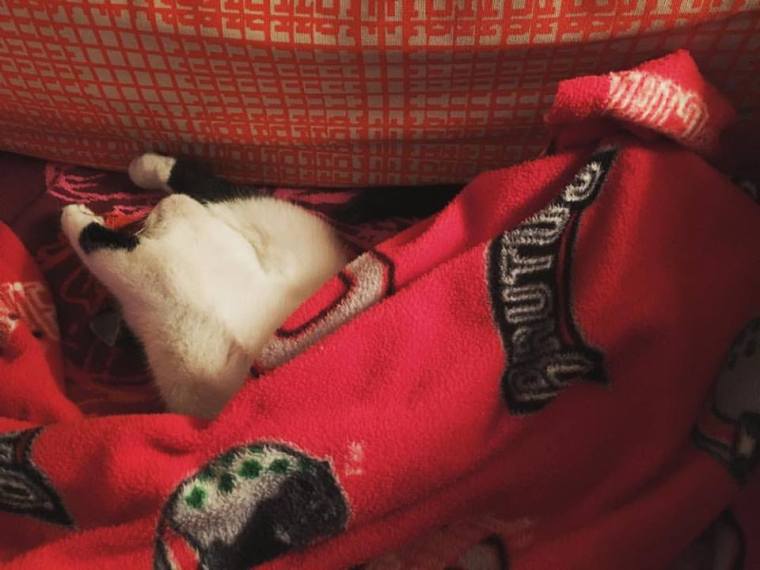 And we had some new stuff too, especially with the adoption of Mr. Charlie, who has been passed out on the couch after an especially vicious mousie-hunting session.

This has been fun. As much fun as I’ve had here in quite a while. Blogging sometimes feels like a chore these days, and I definitely felt that way when I fell behind about halfway through the month. But I’ve also re-discovered the process that makes daily posting possible; even if I don’t keep this up every day going forward, it’s nice to know that I still have it in me.

It’s also nice to know that you guys are still paying attention. I’ve always known that consistent production of semi-coherent content is the best way to gain and maintain readers — do I do this enough that I’ve actually kept any of you guys around? — but it’s cool to have that reinforced. As I said yesterday, you’re the best part of this whole operation, and I’ll keep writing if you keep reading.

The cat is awake, and that’s all I got for the month of November. Thanks, yinz guys, for your help. See you in December.