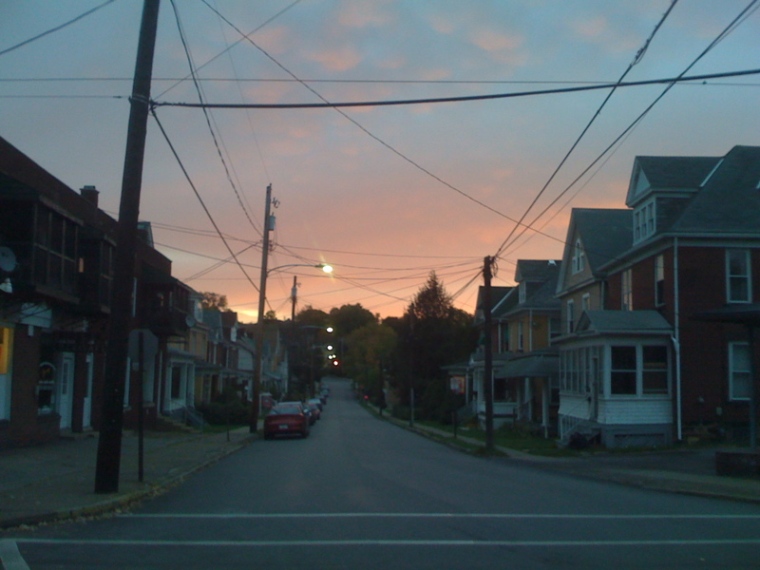 This is the first of two posts inspired by a session at PodCamp Pittsburgh 3, a session with various Rustbelt Bloggers about ways to promote the secretly thriving cities in the region. The idea: give readers a glimpse into your neighborhood. Tell them what happens in your town or your area. Explain what makes it special to you and why it could be special for them. Because this idea was proposed just one day before The Wife and I closed on the house, I thought the only appropriate thing to do would be to write two posts, one about Butler, where I had lived since late 1994, and one about Brighton Heights, where I’ve lived for the last two weeks.

So we have this — Neighborhoodwalk, Part One: Butler.

I moved to Butler in 1994. I learned a couple things very quickly: 1) There is no easy way to get from Butler to Pittsburgh, and 2) That’s OK for many of the people who lived in Butler.

Here’s a story that was told to me by Mrs. Crappy, shortly after she moved back to Butler after a year in Kokomo, Indiana. The grandfather of her ex-boyfriend, a native of Butler, once asked her why they were always running off to Pittsburgh. He said he had been to Pittsburgh exactly twice — when he left to fight in World War II and when he came home.

“I don’t know why you kids have to go to Pittsburgh all the time,” he said. “We have everything we need right here in Butler.”

I don’t think I could agree with that statement completely, but I can see Grandpa’s point. There’s plenty going on in Butler to sustain you — and if you somehow find it lacking, its proximity to Pittsburgh helps as well.

I lived there for 14 years. It’s not a large town — maybe 15,000 or so in the city proper — but it still manages to feel urban. We lived just a couple blocks from Main Street, which put us within walking distance of restaurants, bars, a movie theater (for a while, anyway), the community theater, our YMCA, a grocery store and even work. To walk that short distance, you strolled along tree-lined streets and among some beautiful old homes.

With a couple of brief exceptions, we had great neighbors on Franklin Street. The apartment in the house next door to ours especially seemed to attract good people — the family with two young kids who helped us pick music for our wedding; the contractor who went through a series of girlfriends until he met the women who was an ER nurse at Butler Memorial (we knew she was the one before he did); the people who live there now were also great neighbors, and their dogs provided endless entertainment for both The Wife and Miles.

Butler weathered the economic storm fairly well — one of its two big mills never closed, although its a significantly smaller operation that it was just a few years ago, when I was covering business for the local paper. Main Street businesses came and went, but there were never that many vacant storefronts. And the latest revitalization effort — one of several that have started in the time I lived there — seems to be in good shape; there are smart, dedicated people involved this time around, and the politicians seem to be willing to actually let them run the show. 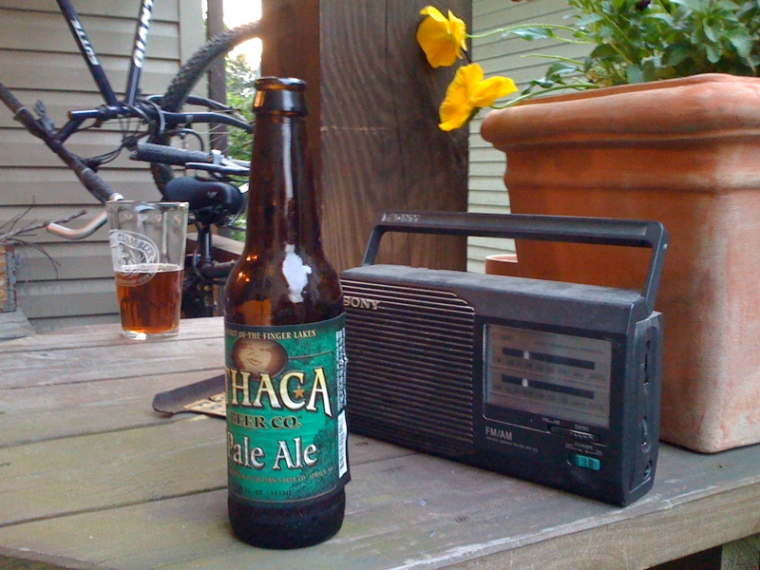 Butler was comfortable to me. I always felt as though I fit in there, whether I was talking to sources for work, meeting The Wife at Natili’s North for lunch or just sitting on our apartment’s lovely little porch on a summer night, with a beer, a book and the radio playing a baseball game.

Butler was home, for a long time. While I’m thrilled to be in our new house, in a new city, the 14 years I spent in Butler will stay with me, even as we move on to bigger things.