Late last week, I announced the return of the Thirteenth Practically Annual Uncle Crappy NCAA Final Four Challenge (Brought To You By Piper’s Pub), because I wanted all of yinz to be prepared once we got our first looks at the brackets.

Now that we’ve accomplished that, let’s take a look at how TPAUCNFFC (BTYBPP) works, for the hoards of you who have never done this before.

Find yourself a copy of the bracket. If you can’t manage that, I should probably disqualify you from the TPAUCNFFC (BTYBM) right now. But I’m feeling generous, so here’s one you can fill out, print or save as a .pdf. Print it and fill it out, using whatever method you prefer.

You don’t need to submit to me the entire thing; in fact, I’d rather you didn’t. What I do need is your picks for the Final Four, the championship game and the eventual champion. Here’s a purely hypothetical example of what an entry from this year’s bracket could look like (Note 1: This is NOT my entry. Note 2: These are among the lowest seeds in the tournament; if you want to make this your entry, feel free, but do so understanding the risk of being Blutarskied):

How do I figure out who wins? You get two points for picking a correct Final Four team, four points for a correct semi-finalist and six points for a correct national championship pick. Assuming I can add correctly (and there is no guarantee of that, boys and girls), the entry with the highest point total is our winner.

And yes, there is a tie-breaker and, yes, as we’ve seen several times, tiebreakers are important. When you submit your pick, please also include your projected score for the championship game. If it’s necessary, the entry whose total score is closest to the real thing will be our winner. Note: We do NOT follow the Price Is Right rule; the closest total, over or under, wins.

And the usual reminders:

And now, it’s official, boys and girls — entries are open. I hope to hear from you soon. 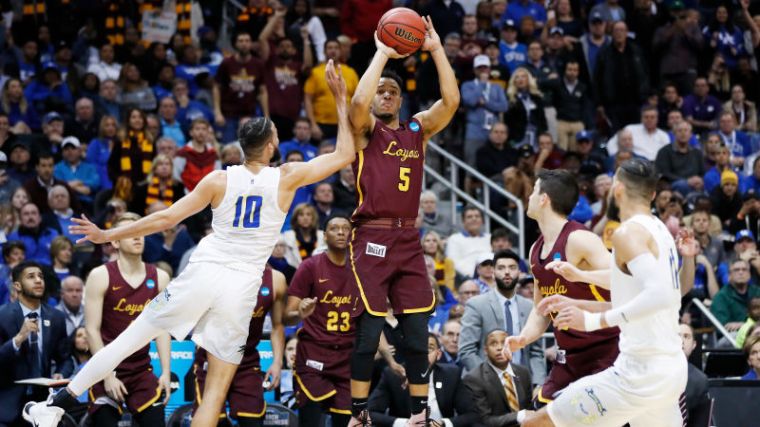 I will say this after calculating the first points in the Twelve-point-five-th Annual Uncle Crappy NCAA Final Four Challenge (Brought To You By Piper’s Pub): It’s not as bad as I thought it would be.

I was expecting a figurative bloodbath. What I got instead is a majority of TPFAUCNFFC (BTYBPP) contestants scoring at least a couple points. And I even got two contestants who correctly picked three of the four actual Final Four teams, a thing that I’m going to go ahead and call miraculous this year.

Oh. And there are a few who are ready to receive this year’s first awards. Including me.

But let’s get to the points first.

If you’re on this list, I have good news and bad news. The good news? You scored two points, a remarkable achievement this season. The bad news? You didn’t pick your correct Final Four team to advance, so you’re done.

This one-person list is for those who correctly picked two Final Four teams but had them both losing in the semis. And that one person is:

Next up — contestants who picked just one Final Four team correctly, but can earn another four points in the semis. You’re not going to win, but you should be proud of your effort:

And then we have contestants who picked just one Final Four team correctly, but can earn another six points if that team wins the title, as they have predicted. An exception effort, but this group can’t catch up with the leaders, even if their points are maxed out.

One more one-person list, for the guy who picked two Final Four teams but can get just four more points:

And here’s where it gets interesting. This group picked two Final Four teams correctly, and their picks to win the title are both alive. The bad news: their respective championship picks match those who still have more points, meaning even winning out isn’t going to get them caught up.

And then there are two more. These guys are already winners in my book, because picking three of the Final Four teams this year qualifies you as a freaking college basketball savant. And if either Kansas or Villanova wins, I’m pretty sure one of these two will be your TPFAUCNFFC (BTYBPP) champion.

And if Michigan or Loyola wins? Good lord, I have no idea. We’ll find out this weekend.

For those of you who are still alive, get ready for a crazy weekend ahead. And for those who are not, thank you for playing — I hope, as always, you got your money’s worth.

My yoga workshop weekend, Day One:

See you back there tomorrow, yinz guys.

I don’t have anything against Michigan beer. In fact, in terms of quality, I’d put Michigan up against nearly any other geopolitical territory on the face of the planet.

But there’s a unique football thing going on this week and next, and that means sticking to Ohio beer as much as possible. And as you can see from the Tower O’ Beer, shot Friday night in my folks’ basement, I’ll be off to a pretty good start by the time you read this Saturday afternoon.

Here’s your rundown, from top to bottom: