I had a pretty good weekend, basketballwise: 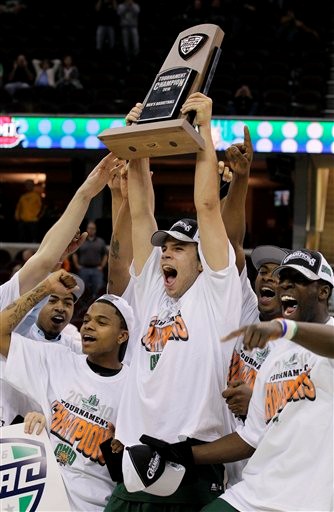 My Bobcats beat Akron on Saturday to win the MAC tournament and secure the conference’s automatic bid to the big show. Even better — we get Georgetown in the first round. While I’m confident in saying that the Harvard on the Hocking can give the Hoyas a run for their money academically (HAH); we’ll find out WHEN if we can hang with the Big East runners up on the court.

This game has already prompted one bet, between Yours Truly and the author of Misplaced Yinzer, who holds not one but two degrees from Georgetown. The loser will not only have to buy with winner a pitcher of suitable quality beer, but she’ll have to wear the shirt of the winner while we share said pitcher. The only problem is that Robyn won’t tell me what her T-shirt size is. 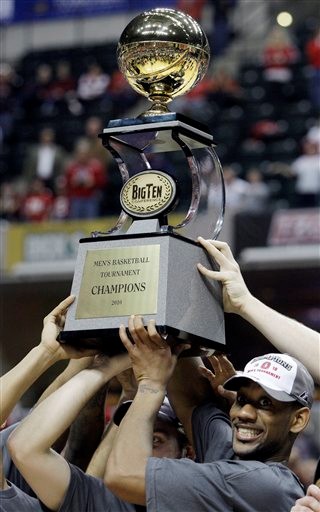 Ohio State winning the Big Ten tournament title was a little less surprising than OU winning the MAC as a No. 9 seed, but I’ll take it nonetheless. The Buckeyes start off with the Gauchos of UC-Santa Barbara (no relation to Uncle Crappy) and, although I don’t really like looking down the road too far, a potential Sweet Sixteen matchup against, yep, Georgetown. Robyn and I haven’t discussed the potential stakes for that game, but I’d be willing to go big if it should happen. Like, say two pitchers even.

So. We have reached one my favorite times of the year. I start tinkering with brackets tomorrow. I’ve already entered one pool, and there will be at least three others. And, as I mentioned in my previous post, FAUCNFFC should be ready to open its doors to all comers Monday afternoon. Hope y’all are ready to play.