I don’t think I saw the Blues Brothers movie in the theater when it was released in 1980, but I know I watched the hell out of it when it showed  up on cable.

I am not exaggerating here. I was fascinated by the band, having seen its SNL appearances through the 1970s, and I loved the music, especially as an alternative to the disco that passed as the popular music of the day.

And when the movie showed up on HBO? I watched. Daily.

Seriously. In the first week it was released on cable, it fell into a rotation where it was on in the late afternoon nearly every day for two weeks. And I fell into a rotation of my own, turning it on when I got home from school and watching right up until it was time for dinner.

My father didn’t seem irritated to see me watching the Blues Brothers every night for a week, although I may recall an eyeroll or two. But I remember this distinctly: somewhere around the second week of my Blues Brothers binge, Dad told me to turn off the TV and follow him into the living room.

He sat me down on the couch while he knelt in front of the cabinet that held the stereo components and all of his records. He flipped through one stack and pulled out a red double LP. He put one of the vinyl discs on the turntable and gently dropped the needle at the start of the record.

He turned up the volume, set the album cover in my lap and said: “If you’re going to listen to this stuff, you should know where it comes from.”

And at impressive volume, I heard a by-then-familiar horn line. And I heard Otis Redding singing “I Can’t Turn You Lose,” the song that Belushi and Akroyd adpoted as their theme music. 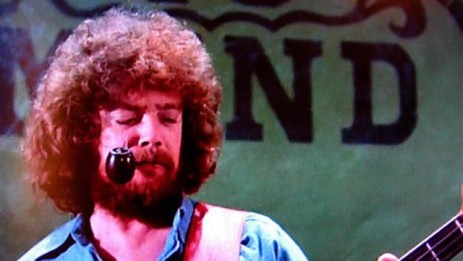 I looked at the liner notes inside the album. And that’s when I found out that Donald “Duck” Dunn and Steve Cropper were real musicians with an unreal history. My father’s impromptu lesson was about Otis Redding and the band (Booker T and the MGs) that propelled him in the studio and on stage; that lesson also led me to Delaney and Bonnie, Wilson Pickett, Albert King and Sam and Dave, a lot to digest for a very white kid in a very white suburb.

My high-school friends will tell you that discovery — and the subsequent obsession — never really subsided; they got to hear plenty of Stax soul as we rode around Columbus in Turbo Pinto.

When Dunn died on Sunday, he was doing what he had always done. He was touring in Japan, playing the bass lines that held together the best soul records ever recorded. And whether you’re talking about his work in Memphis or as part of the Blues Brothers’ revival of the form, Dunn’s stamp is unmistakable.

And it will never be duplicated.