I knew I had read something, perhaps in the spring, about the possibility.

But until I heard a piece on NPR’s Morning Edition on the morning of Dec. 12 that I remembered — Westvleteren 12 was on sale. In my country.

A brief bit of background: Westvleteren is brewed by an order of Trappist monks in Belgium, and, to put it mildly, their beer is highly regarded; their quad, Westvleteren 12, generally shows up near the top — if not in the top spot — of best-beer-on-the-planet lists. Part of the hype has to do with very limited supply and the resulting mystique.It’s available only at the monastery, and not always there; if you’re nearby, you contact the monks, and if you’re lucky they’ll give you a date and time to show up and buy your share.

The monks make only enough beer to fund a fairly simple existence. But that’s what was behind the exports of 2012 — the monastery needed repairs, and the monks figured selling special packages of the 12 in Europe and North America would be a good way to raise the money.

I heard the NPR piece while I was on the way to work that morning. After taking care of some work stuff, I fired up Google and found a list of the locations that would have some of were being called the “bricks” — boxed gift-packs, with six bottles of Westie 12 and two logo goblets.

Pennsylvania? To the surprise of no one, nope. Ohio? Of course, Vintage Estate in Boardman had the beer, but it was holding a lottery the following Sunday to unload its allotment, and I would be at work. We were going to be in Cleveland on that Saturday, but I was certain the two stores there would be sold  out by then.

And then my eyes drifted to the Florida portion of the list. There, I saw that Total Wine and More stores in every Florida town of a decent size were carrying the beer. Including the one in Naples, a store we know well from our visits to my sister and her family.

Ooo. This has promise.

I called the Naples store, and a bored-sounding clerk said they had plenty.

I then left messages for E, on her home phone and her cell. I must have sounded desperate, because she called me back shortly. After some initial chatting, I popped these questions:

My sister, a mother of three, is a woman of infinite patience, because she immediately got in her car, drove to Total Wine and dropped a ridiculous amount of money to satisfy a whim of her brother. I PayPal’ed money to cover the cost of the beer and the shipping … and about a week after my sheepish phone call, there was the box, on my desk at work.

The package arrived safely. I got it home safely as well. I put two bottles in the beer fridge and stowed the other four in our cellar. We would drink two for Christmas this year and crack one for each of the following Decembers, until they were gone. 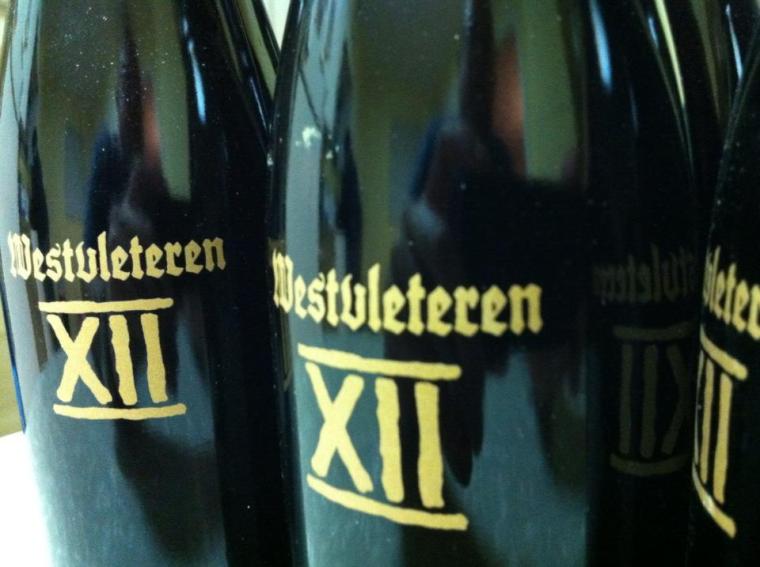 Very, very good. A silky texture. Ripe, dark fruit, mixing with caramel. A little bready, a little funk. Not too hot, especially for a beer with a hefty ABV. And not overly sweet, as I had been led to expect.

A world-class beer, worth the money I paid to get it? Absolutely.

The best beer I’ve ever had? No.

Or, at least, not yet. Ask me again in four years.