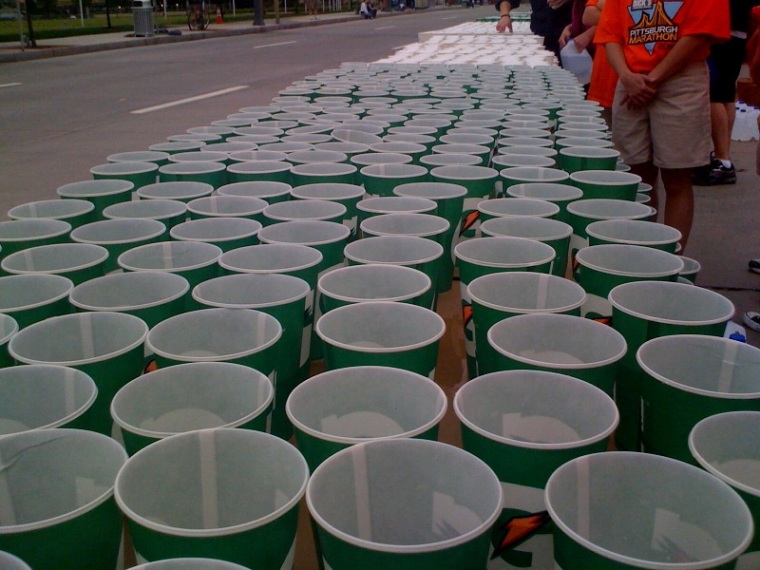 It feels a little different this year.

I’m not worried in any fashion about volunteering to sling water during Sunday’s Pittsburgh Marathon, but it feels like it’s more important than usual for me to be there this year.

This will be the third time in four years we’ve volunteered to work the race. It’s one of the most fun days of the year for me; I get to support friends and strangers, all of whom are, without fail, appreciative of the volunteers, and I, without fail, yell myself hoarse cheering for people I don’t even know.

Regardless of the circumstances, I would be out there Sunday morning. 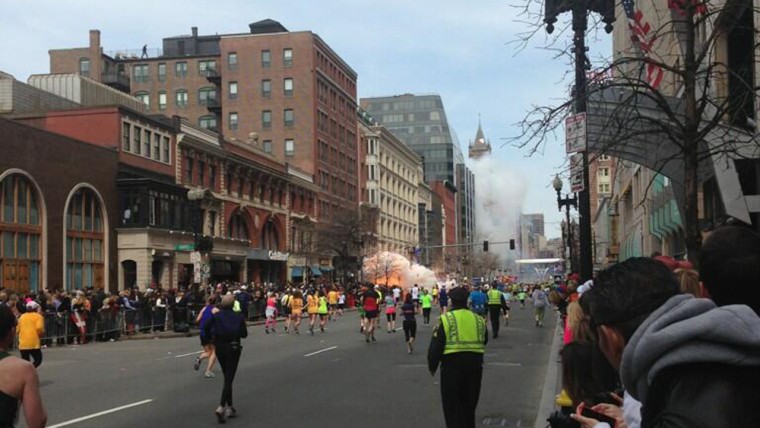 But it feels a little different this year.

I am part of this community. I don’t know what it’s like to cross the finish line after 26.2 or 13.1 — yet — but I know what it’s like to put in many slow miles to reach a goal. I’m running — sort of — in the marathon’s 5K on Saturday morning, as part of a new — and so far, successful — push to get back into the sport.

It’s been a while since I’ve done this regularly, but on April 15, I felt for the people who had to suddenly deal with death. With injuries. And — in a way, the most personal aspect of the bombing at the Boston Marathon finish line — those who had their moment, the one they had worked towards for weeks or months, taken away by those explosions.

And I took it personally for me.

I don’t feel like working on Sunday morning is making any kind of grand statement on my part. But maybe what we all do on Sunday — whether we’re running, as many of you guys are, or if we’re slinging water — we can all speak pretty loudly, in support of each other and in support of those whose lives and goals were interrupted in Boston two weeks ago.

If you’re running, look for me at the Mile 6 water station, on Western Avenue near the humane society; I’ll be wearing a bright red bucket hat, so I’ll be easy to find for a hug, a high five and a cup of the best water on the course.

And if you want to join Mrs. Crappy and me, there’s still time. Go to the volunteers section of the marathon’s website, click the General Volunteers button and scroll down the list to the jobs that start at 5:30 a.m. (yeah, there’s some personal sacrifice involved here); sign yourself up for the Mile Mark 6 fluid station — they still need about 25 people just for that station — and come on out on Sunday morning. You’ll work hard, you’ll have a good time, and you’ll be saying something louder than the report of a couple bombs.

I hope I see you there.