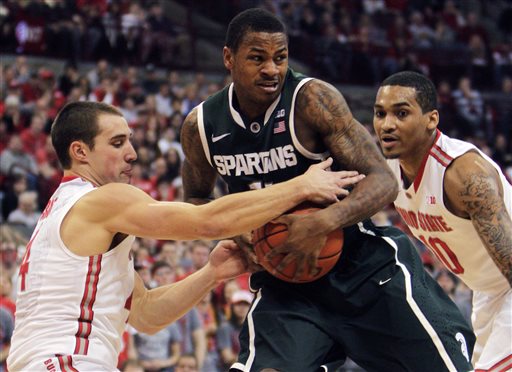 He’s probably the most-hated guy in college basketball since Steve Wojciechowski, the floor-pounding guard from Duke who now makes the same kind of constipated faces on the bench next to Coach K he used to make as a player.

But that’s OK. Aaron Craft is on MY team. And whether you love him — as I do — or hate him — as you probably do — he’s down to his last few games as an Ohio State Buckeye, in the Big Ten tournament and what will likely be a short run in the NCAA tournament.

What does that mean for you?

A) You’ve got just a few more games to get your hate on.

B) We’re at the point of the season when it’s time you start thinking about your entries for the Ninth Annual Uncle Crappy NCAA Final Four Challenge (Brought To You By Bocktown).

One Reply to “almost done.”