This photograph was enough to convince Mrs. Crappy and me to drive from Butler to the Humane Society shelter in Indiana County on Thanksgiving weekend in 2000, with the notion that we’d have a cat in our home for the first time since Cash died a year before. And as it turned out, that one tiny picture turned out to be a perfect representation of the personality of Miles, the cat who would join us for the next 14 years.

This photograph was taken 14 years and four months later, Thursday night, specifically. Miles is as annoyed as he looks; he was never a fan of having a camera or an iPhone pointed at him, and I was interrupting one of his favorite games: tapping at the ice cubes I had just placed in his water dish.

Most of you already know that I took Miles to the vet the following morning and had him put to sleep. That’s such a difficult decision, but it was much harder to watch and understand how quickly he was declining. It was the right time — navigating the stairs in our house was painful enough for him that he stopped trying, for example — and I’m grateful that we were in a position to end the pain he was feeling. 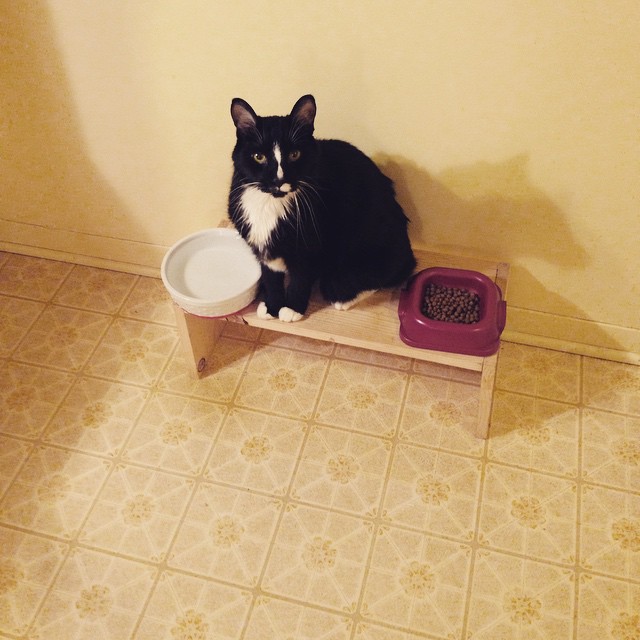 Gratitude is the overarching theme for this post, for sure. The two businesses we dealt with on Friday — Penn Animal Hospital and OakCrest Pet Crematorium — were both professional and efficient while being sensitive to what we were experiencing. Even better: both places have followed up with sympathy cards. When the time comes again — and it will — we will go back to both. 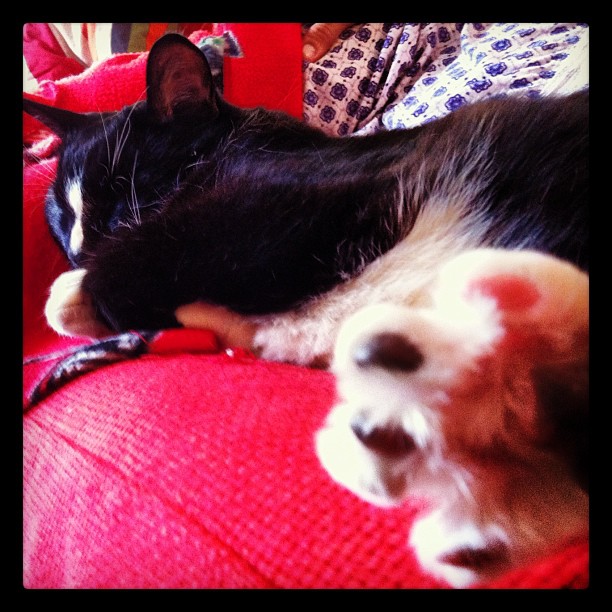 You guys. We’ve heard from hundreds of you — literally — starting on Friday. We’ve received cards. One friend made a donation in Miles’ name to Animal Friends. We are lucky to have friends and family like you.

And then there’s this guy. We shared his life for 14 years. We gave him food and shelter. We scratched his tummy, pretty much on demand. And as he got older, we did our best to accommodate his increasingly creaky body. 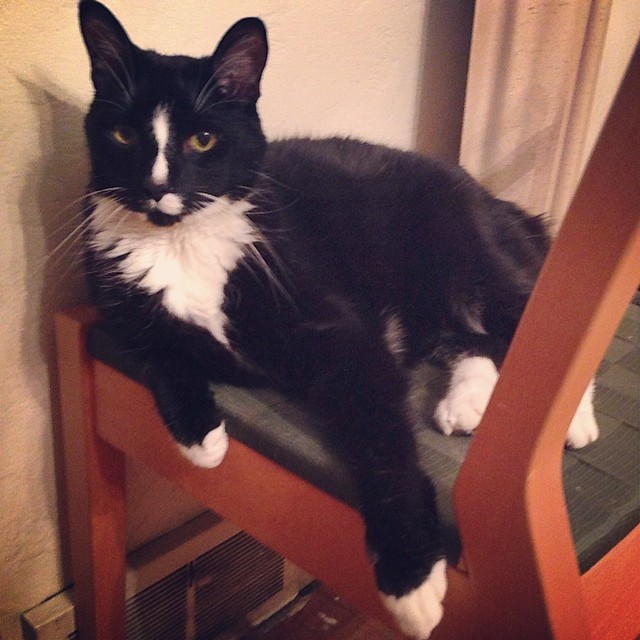 Even with all that, he gave us much, much more. And I’m grateful for every minute.