When I returned home from work the afternoon of Christmas Eve, I found that The Wife had spent much of the day wrapping gifts, many of them for me. Some of them were obviously books; some were in boxes of varying sizes.

And then there was this — skinny and nearly as tall as our tree.

I sometimes can match up the wrapped gifts with things I have asked for. In this case, I had no idea. And since I promised I wouldn’t touch the present, I wasn’t even able to formulate a decent guess.

Like many of you, A Christmas Story was in pretty much constant rotation on our television starting at 8 p.m. Christmas Eve, so I started guessing that I was getting a Daisy Red Ryder BB gun, the one with the compass in the stock and the thing that tells time.

Of course, when we opened our gifts Friday morning, The Wife held the mystery box back until we were nearly done. Once I got the paper off the box, it was clear that I wasn’t getting a bazooka. 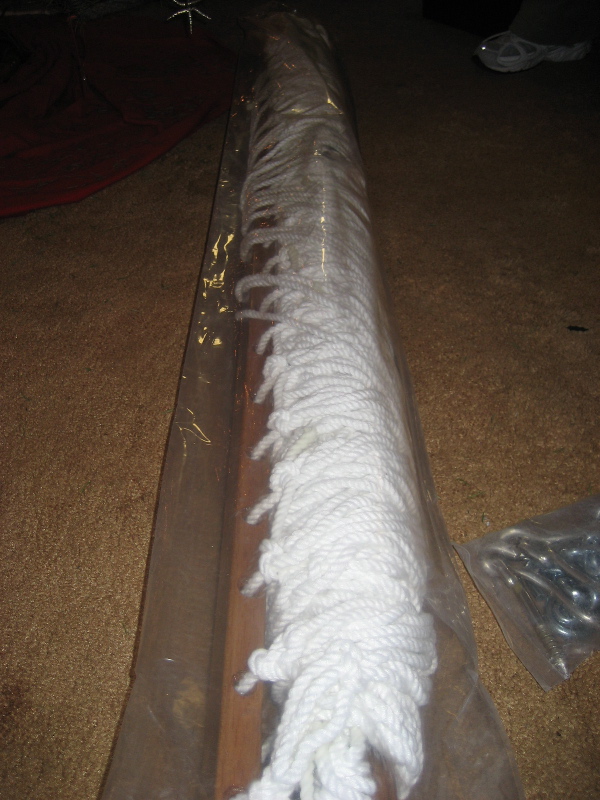 I was getting a hammock!

I love these. My folks had one, strung up between two huge between pine trees. I could spend entire summer afternoons up there, with a baseball game on a transistor radio or a book in my lap — and I can’t wait to do the same thing in my new backyard.