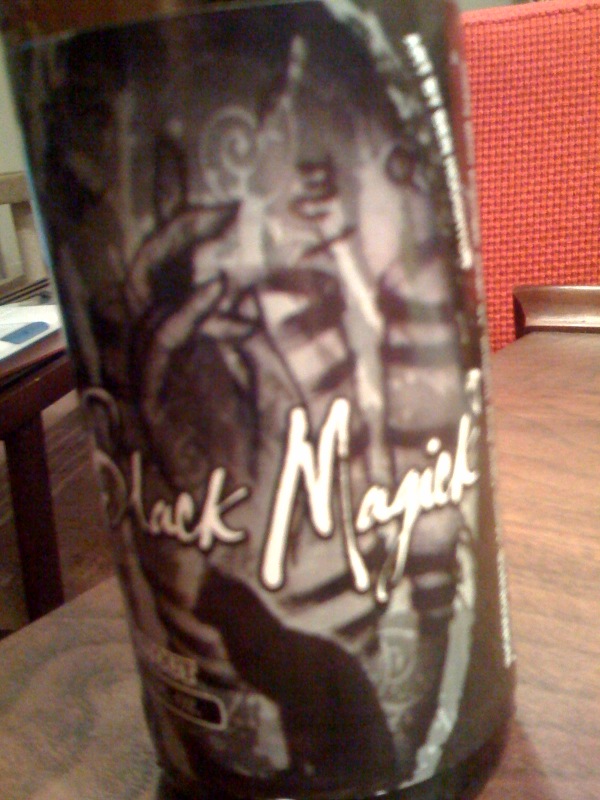 My buddy Father Spoon is celebrating his birthday this week, and in observation of that occasion, I’m going to tell him that he’s perhaps made a little mistake.

The Most Reverend One and I don’t often disagree about beer, and I trust his judgment and expertise — gained on the Should I Drink That podcast and his excellent Hump Day Happiness blog — completely. We have some different tastes, sure, but in general, if Spoon passes judgment, I’m on board.

However. A couple weeks ago, Spoon reviewed a couple of newish imperial stouts by Voodoo Brewing in Meadville on the HDH site. Here’s one thing Spoon and I agree on: brewer/owner Matt Allyn takes chances and consistently comes up with excellent results. Spoon loved Voodoo’s Big Black Voodoo Daddy, the other half of Voodoo’s imperial stout perfecta, and I haven’t yet had a chance to give that one a try.

On the other hand, Spoon had some trouble with Voodoo’s Back Magick, the heavier of the two heavyweights. The ABV is about as big as I’ve personally ever come across — 15.5 percent — and that was the problem, in his mind. I encourage you to read his entire post here, but, in part, Spoon said this:

This would have been a B+ or A- easy if it wasn’t for strong alcohol taste I kept getting. Tone it down a bit and I think it would be one of the best imperial stouts ever made.

Here’s where I disagree. At 15.5 percent, this beer probably should taste a little hot — meaning there’s no way around the alcohol — and it does. And I’ve had beers, notably Heavy Seas’ Holy Sheet, where the alcohol just blows everything else away. The alcohol in Black Magick wasn’t overwhelming for me though; Matt aged this one in bourbon barrels before its release, and it shows. A taste of this high-viscosity stuff gets you all kinds of woody, earthy bourbon mixing with what you might expect from a high-test stout like this. In short, I was amazed, and I may go pick up another bottle to see what a little aging will do to it.

But there’s the beauty of being a craft beer geek: Spoon isn’t wrong. There’s plenty of room for personal tastes and preferences, and two people who dig this stuff can come up with completely different, and equally valid, opinions. And while I may hassle him about this particular review if I run into him this weekend, I will also make sure to buy Father Spoon a birthday beer. We might even find a new one to talk about.