One of the most fun days I had last year was on the Saturday after Thanksgiving, when we played in the first ever Yinz Bowl. This morning’s game — the second iteration of what promises to be our annual flackle football game — promises to be just as good.

A couple things to keep in mind: 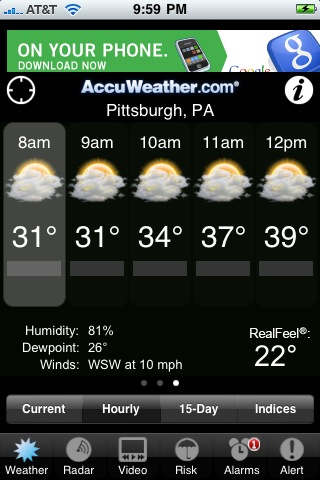 It’s going to be chilly. Everyone thought I was kind of nuts for wearing shorts to last year’s game, but the day turned out to be pretty nice. As you can see, the folks at Accuweather think it’ll be in the mid-30s when we’re getting started — so we’re still talking about perfect shorts weather. (I might — might — wear gloves this time, though…)

Also: I’m a year older than I was for the inaugural game. I’m not worried about it, though — a couple extra (handfuls of) Advil, and I’ll be fine.