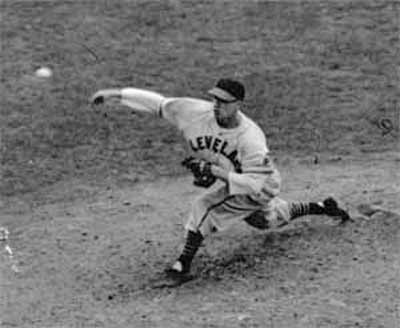 He willingly enlisted in the Navy at the start of World War II. He was the first Major Leaguer to do so, and he gave up four years of his prime to do it.

In the off seasons, he led baseball barnstorming tours, often including players from the Negro Leagues.

He continued going to Indians games — and live in Cleveland — after his retirement. He signed anything and everything fans asked him to.

He won 266 games. His career ERA was 3.25. He threw three no-hitters — including the only one ever thrown on an opening day — 12 one-hitters and was selected to the All-Star Game eight times.

Without question, Bob Feller was the greatest player to wear the Cleveland Indians uniform. He died last night.