And doing it as best I know how:

* Florida was fabulous. The kids are amazing little people — getting more grown up by the minute — and my sister and BIL are doing a great job with them. Mrs. Crappy and I got to the beach four of the six days we were there. I ran a 10K and didn’t die. And we properly celebrated Crappydad’s upcoming 75th birthday.

* And then we had to come home to snow flurries. Really?

* While we were in Florida, I neglected to wrap up the Seventh Annual Uncle Crappy NCAA Final Four Challenge (Brought To You By Bocktown). Because of unusual circumstances that require consultation with our sponsor, I will do so on Monday.

* The 10K was difficult, but fun. I was too slow — finished at 1:20 — but I completed the race knowing what I needed to focus on as I get ready for the Pittsburgh Half. And then my groin decided that there would be no running of any consequence this week, and I’m left with three weeks to prepare to run 13 miles. I am not happy about this. I’ve joked a bunch about not letting my various attempts at running kill me — see above, for example — but the half — especially if it’s a warm morning — actually could be a dangerous thing, given my lack of training in the last couple weeks.

* For as excited as I was about the start of the hockey playoffs, the actual games have been nothing short of a horror. I’m less concerned with the fights and cheap shots on both sides — they happen, although usually not this much in the playoffs — than I am with Penguins’ horrible defensive effort. Or lack thereof. The team is staying positive — Bylsma said after Sunday’s game that Fleury would start the remaining four games of the series — and I will as well.

* I’ll do that for a couple of reasons. First: Mrs. Crappy and I want to watch Friday’s game at the big screen outside CEC. Can’t do that if the series ends Wednesday night. 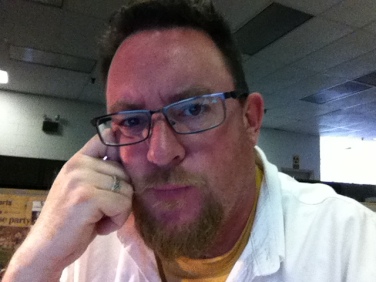 * Second: I need to give my playoff beard a little more time.