My left ankle. Both hips. The side of my groin that bothered me a year and a half ago. My left calf, which felt as hard as a baseball for the last four miles. 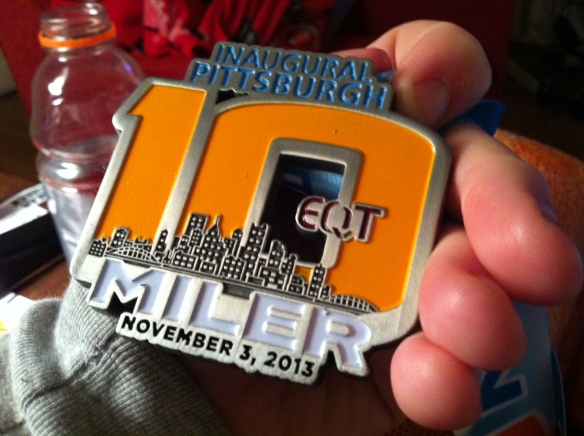 But it also feels pretty good.

When I had jury duty last week, Beth and I talked about how different our surroundings looked on foot as opposed to driving through downtown, and I encountered that over and over on Sunday, right from the start of the race, when we had to take a hill — that I didn’t really realize existed — up West Carson Street right at the beginning. Although I know the roads on the course very well, I was continuously surprised that the “flat” course wasn’t especially flat.

So I struggled. And that’s where Fred came in. He pretty much gave up a chance to run his own 10-miler to stick with me, pushing me to run in short spurts to spots up ahead. He showed me a stretch for my hips, which started aching about halfway through the course. And he kept my focus on the ground we were covering, rather than the time it was taking.

And I needed that, because had I been on my own, I would have bailed. I first thought about it seriously as we shuffled off the 16th Street Bridge; I could see crowds of runners, well ahead of us, heading east on Liberty Avenue, towards downtown and the finish line. We still had a long trek east through the Strip, longer than I realized — until the course jogged over to Smallman Street and I saw exactly how far we had to go — uphill — before we made the turn towards downtown. Mentally, I was done, but Fred kept us going, around the corner and back towards the finish line. 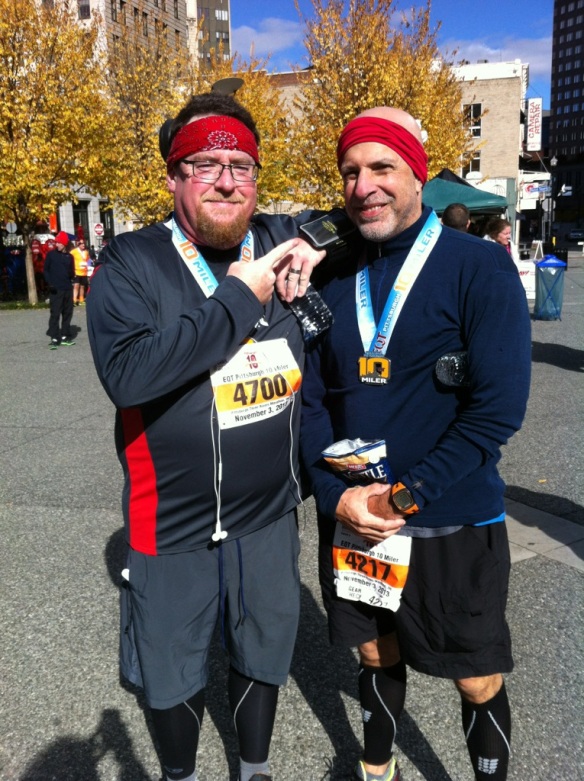 I was aching after the race — I joked about having to do the Fred Sanford while walking back to my car after lunch at Pipers — I’m aching now and I’m sure I’m going to be aching tomorrow.

But I’ve got a 10-miler under my belt. And that feels great.