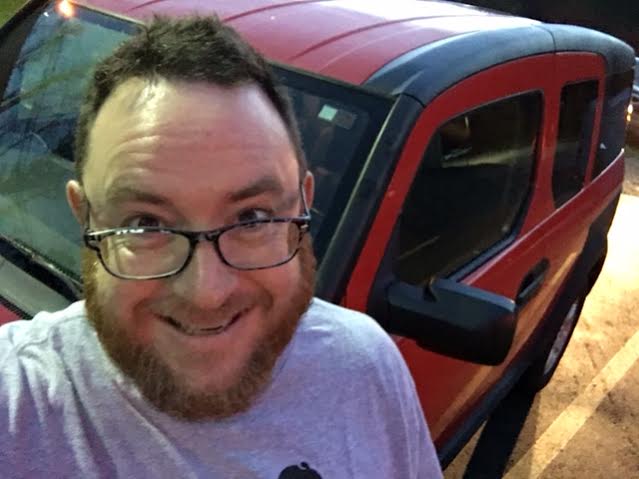 I look a little bit demented in this picture, but the happiness on my face is genuine.

I took that selfie outside of one of the two shops that worked for more than two weeks to restore my Element to its former glory. It had been pronounced fixed earlier on Friday; I left work a bit early, drove out to the ‘burbs to drop off the Charger and pick up my car.

But there wasn’t much time to stand around and admire my 10-year-old, 245,000-miles-on-it Element; I was on the way to Columbus to help out with tomorrow’s Minnesota tailgate party. I needed to get some gas and get myself on the Parkway West.

Once on the highway, it still took a while before I noticed anything; as any good yinzer knows, rush-hour traffic in Robinson tends to not rush anywhere. But once I got on I-79, it was easy to tell: the Element wasn’t fixed. The moment I accelerated, the check engine light came on and the engine hesitated sharply. It struggled to get up hills. And by the time I got to the Washington County line, I knew I couldn’t stick it out all the way to Columbus; I had to turn around and head back home.

There were issues all week with something to do with emissions; the check engine light apparently was persistent all week long. But: It eventually passed its annual emissions inspection and the folks at the body shop said they fixed one final problem emissions problem this morning.

I wonder if anyone at either professional automobile service business bothered to take the car out on the highway. I’m guessing they didn’t.

Mrs. Crappy has work stuff to catch up with and I can’t leave her without a car for the weekend. So, instead of being in Columbus, helping my folks with the tailgate party and seeing the season’s penultimate home game, we’re stuck in Pittsburgh. And I am frustrated beyond words.