As I mentioned in my Facebook post a while back,  I can be a sucker for memes, especially if one comes up when I’m stuck for a blog topic. My buddy Bobby Cherry tagged me for this one, and I’m happy to respond.

Keep in mind my rules. I’m not tagging anyone specifically, but if you’re looking for something to do and want to give it a try, consider yourself tagged.

THREE NAMES I GO BY

THREE JOBS I HAVE HAD IN MY LIFE

THREE PLACES I HAVE LIVED

THREE TV SHOWS THAT I WATCH

THREE PLACES I HAVE BEEN

THREE OF MY FAVORITE FOODS

THREE THINGS I AM LOOKING FORWARD TO

THREE FAVORITE BANDS/ARTISTS
These change frequently, depending on who I’m listening to and/or what shows are coming up.

(Cleveland Browns? Nope. They’re kind of on probation with me at the moment.)

In the meantime, here’s a few things: 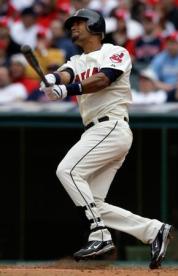 It’s not quite time to break out the shorts and flip-flops, but that’s how I always feel on baseball’s opening day.

This is a day for optimism, even for Pirates fans. This is a day for anticipation, of hot nights at the ballpark or sitting on the porch with a beer and a grilled hot dog, listening to the Indians on the radio. This is a day to dream of summer and everything that comes with it, whether it’s related to baseball or not.

And yeah — this is a day for baseball, too.

It doesn’t matter that we could still see a little snow here before the weather breaks for good.

It doesn’t matter that the Pirates — a team I’d really like to do well — are probably going to be done by the All-Star break.

It doesn’t matter that nearly everyone is saying the Tigers are going to win the AL Central.

It doesn’t matter that the Indians are tied 7-7 with the White Sox as they head into the home half of the eighth inning.

It doesn’t even matter that Jacobs Field is now named for an insurance company.

In fact, there much that seemed to matter when I heard Tom Hamilton say “We’re underway at the corner of Carnegie and Ontario” this afternoon while I was driving to work.

Enjoy your summer, everyone.

UPDATE, a short while later: Tribe wins, 10-8. And how about those nifty new uniforms? 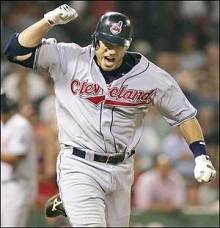 Reasons why my just-drafted fantasy baseball team might be pretty good:

5) My record as a fantasy baseball manager.

Football I can handle. In fact, I won last year’s Try Not To Suck league title, and I opted for a fairly non-traditional trophy: an iPhone.

As much as I love baseball, though, it hasn’t been berry, berry good to me. But March is a time for optimism, and I got the same shot as the other seven guys in my league.

Especially if I get a little more offense.

Do you understand how odd it is for me to wake up on a Sunday and think, “The Browns should probably win today’s game?”

Even more strange: they then go ahead and win.

Not quite as strange: the Indians appear to be in good shape in their series against Boston. After the extra-inning thing in Boston on Saturday, I never really felt like they were threatened during last night’s game. Two games left in Cleveland. Two wins needed to move on. And even if we don’t finish it up at home, the Red Sox will have to deal with Sabathia and Carmona twice — and I like the chances that they’re both going to pitch like they can, instead of like they did at the start of the series.

But Uncle Crappy, you say — what about the college football?

Whew. Not quite ready. Soon.

Because we’re getting ready to leave, here are some bullets: